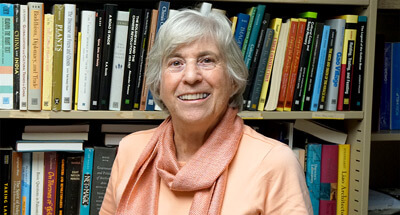 I started as a Japan specialist and then found sociology as a discipline that gave me some tools to understand Japanese society. As a child of the 60s I was always interested in social movements and did a dissertation on the demise of the prewar Japanese left and then a study of how Hawaii became the first state to legalize abortion, both before there was any usable social movement theory. By the time I was studying the postwar Japanese left, there were new social movement theories that I now use. If you get hooked on Japanese society and take it all the way to a PhD, there isn't much else you can do but become an educator! I deliberately picked this field so I could not follow in my mother's footsteps and become a high school teacher but I have loved teaching at the college level.

I do qualitative research on the Japanese radical left, using interviews, documents, and participant observation (group meetings, prison interviews, trials, etc.). Between my two major prewar and postwar Japanese studies I did a decade of research in Hawaiʻi, first on how the abortion law was changed and then with three colleagues in (demography, public health, and sexual behavior) studying what happened after abortion was legalized. My work deals with sociology of law and the Japanese criminal justice system, but I do not teach in these areas. In addition to teaching Japanese society and social movement courses, I pinch-hit in theory and methods and also teach a seminar in qualitative content analysis using a method I developed that uses Microsoft Access.

I was active locally when the abortion law was being passed, but not since our follow-up study ended in 1982. I am active in the local hand-weaving community, have served as an officer in the Hawaii Handweavers Hui, and enter pieces in local weaving shows.